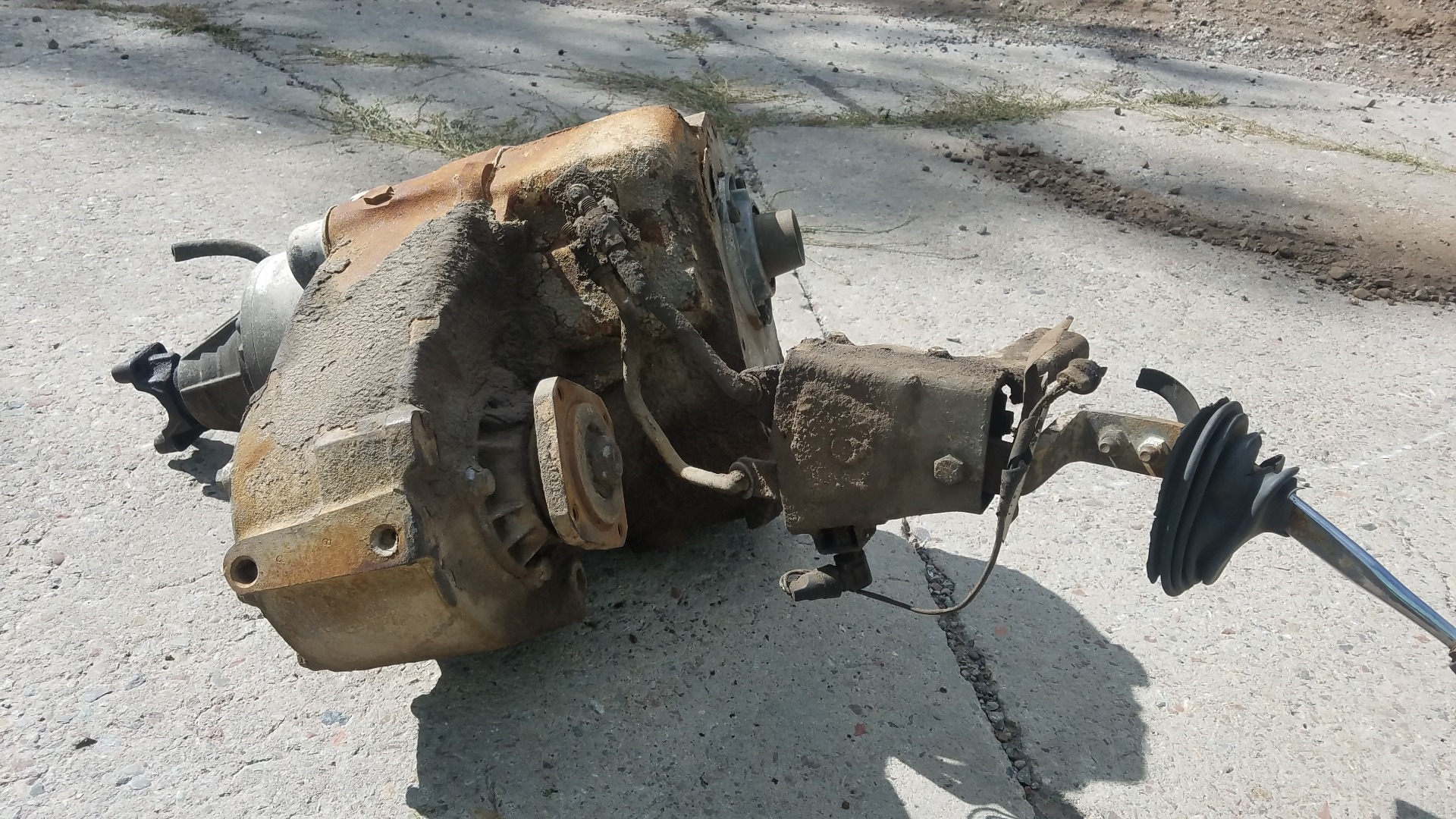 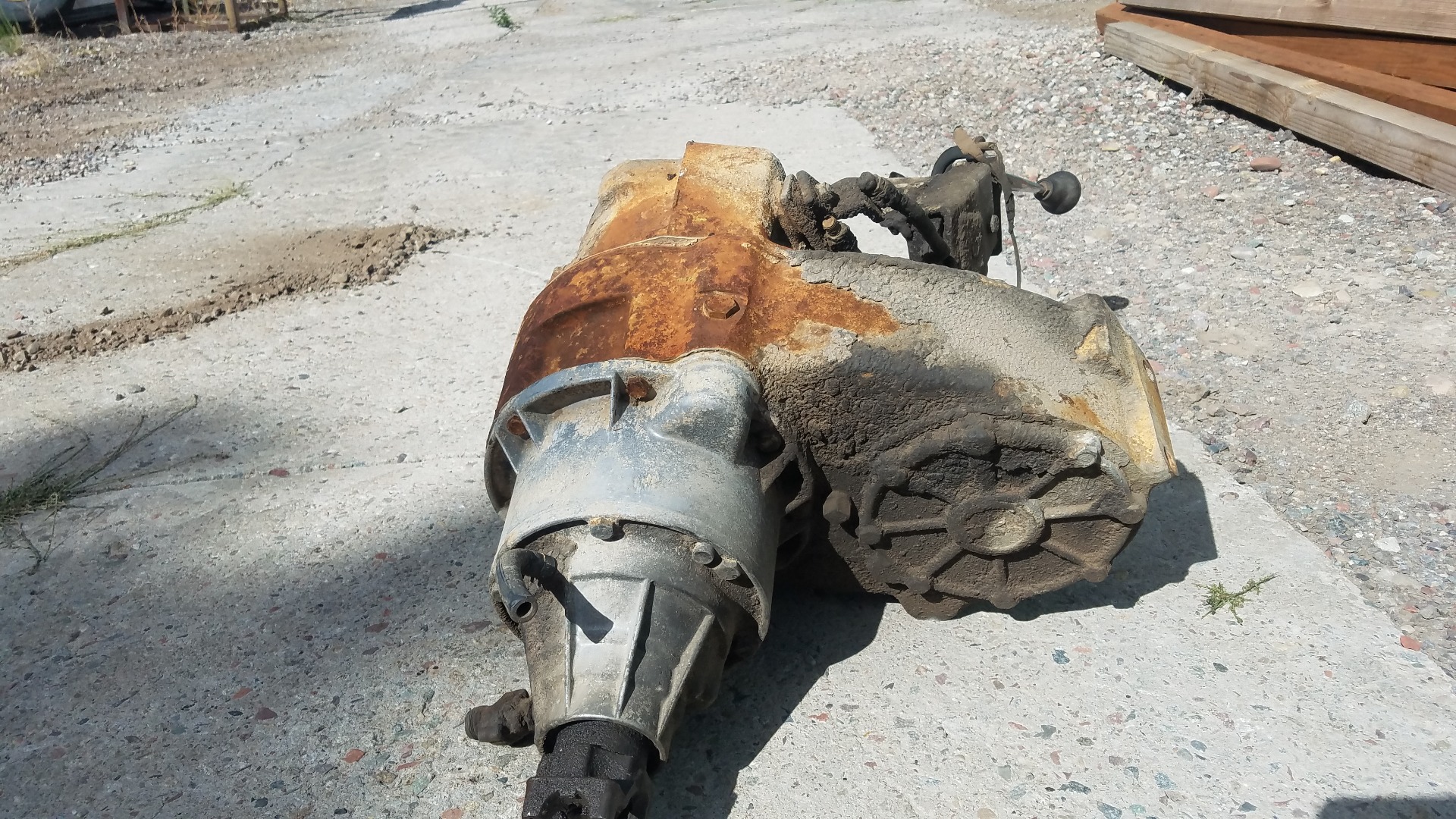 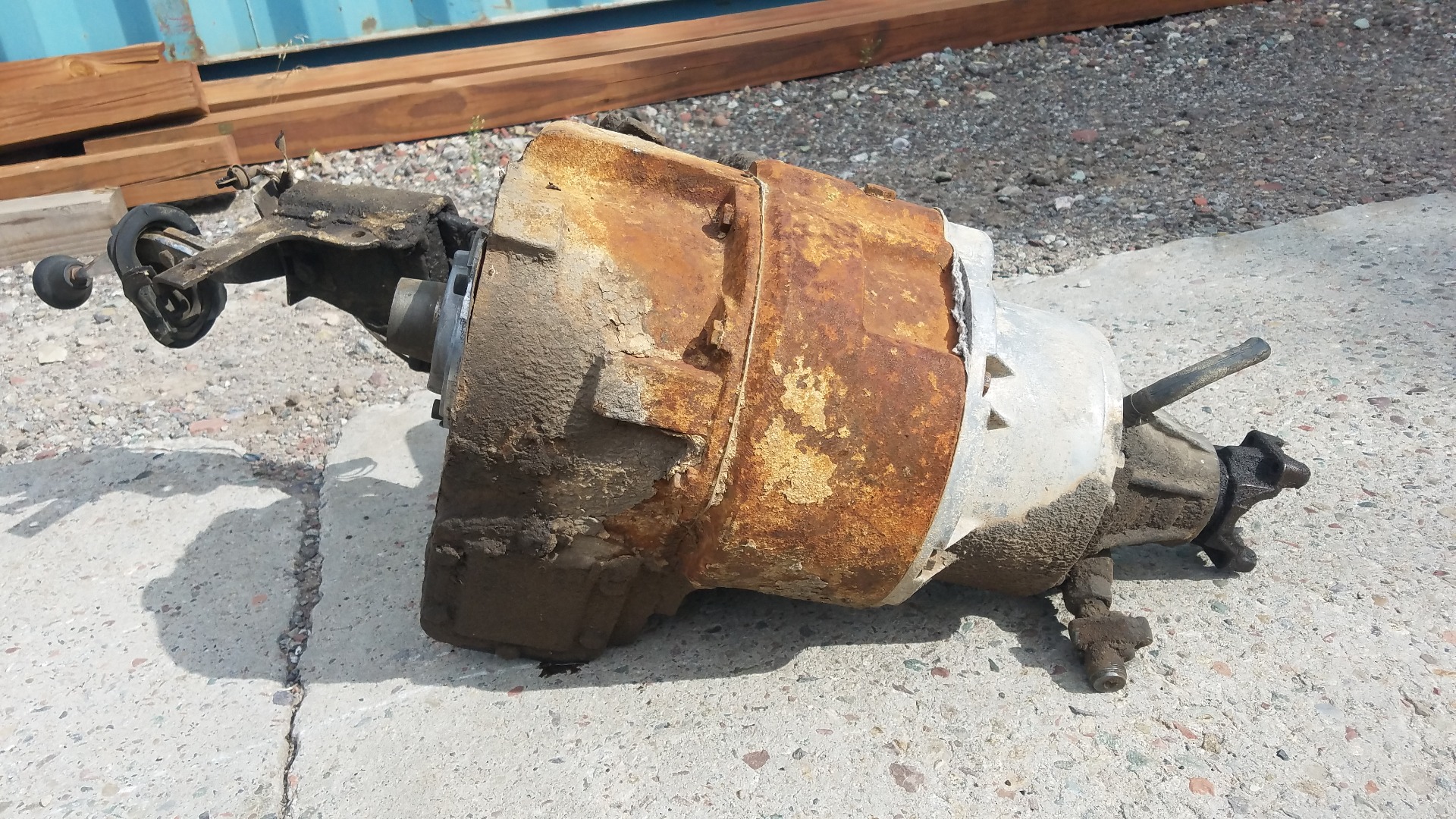 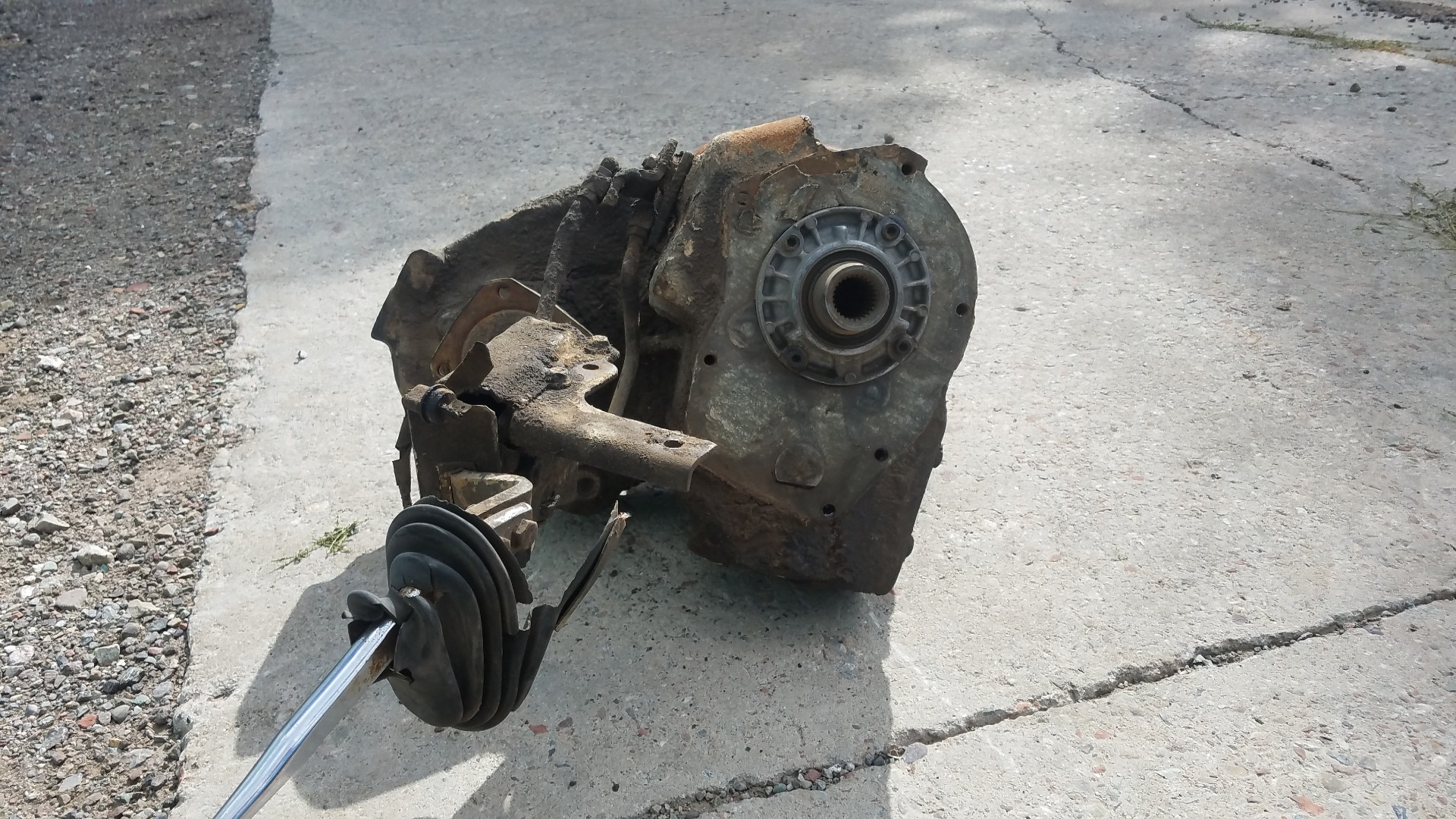 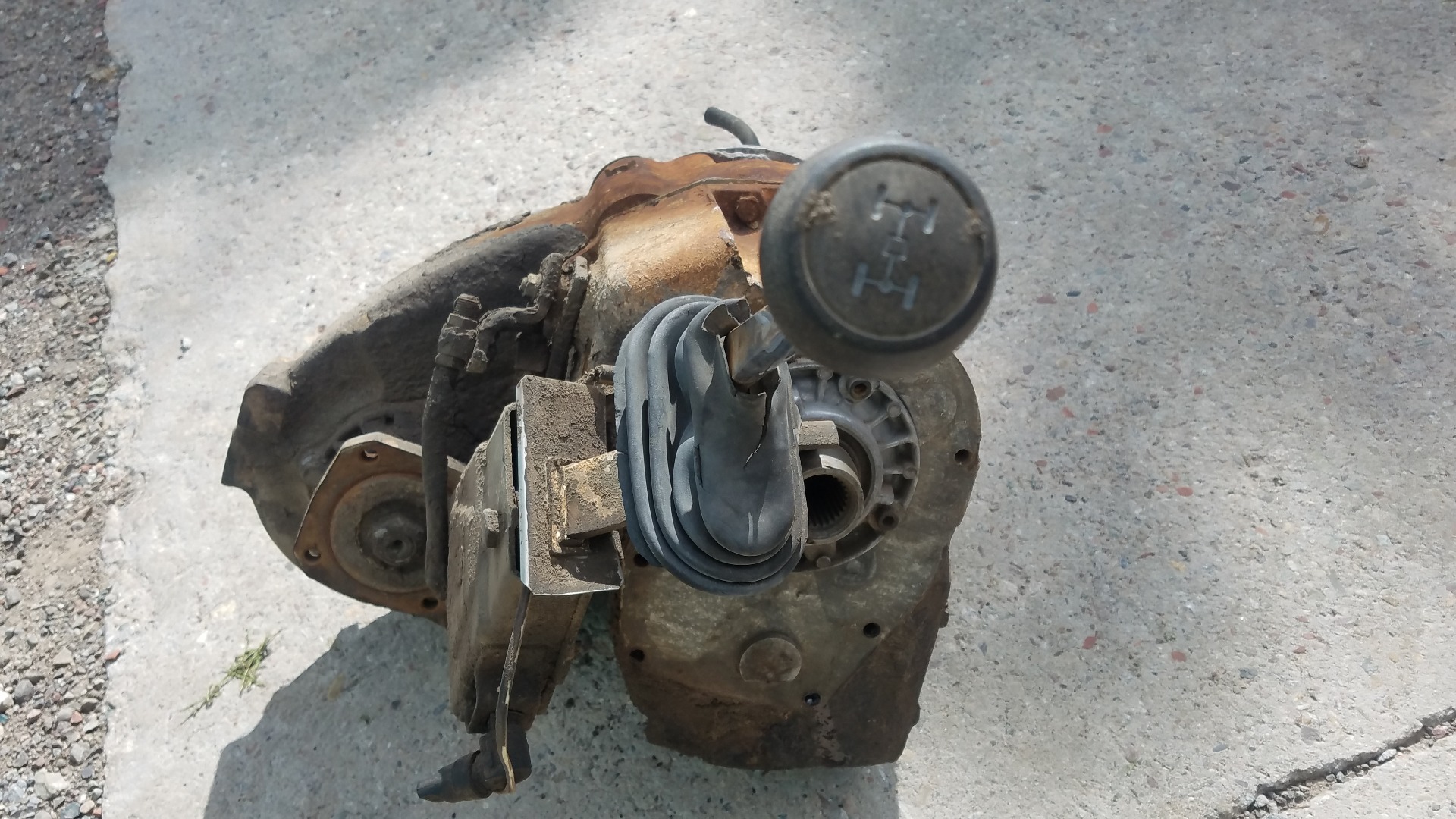 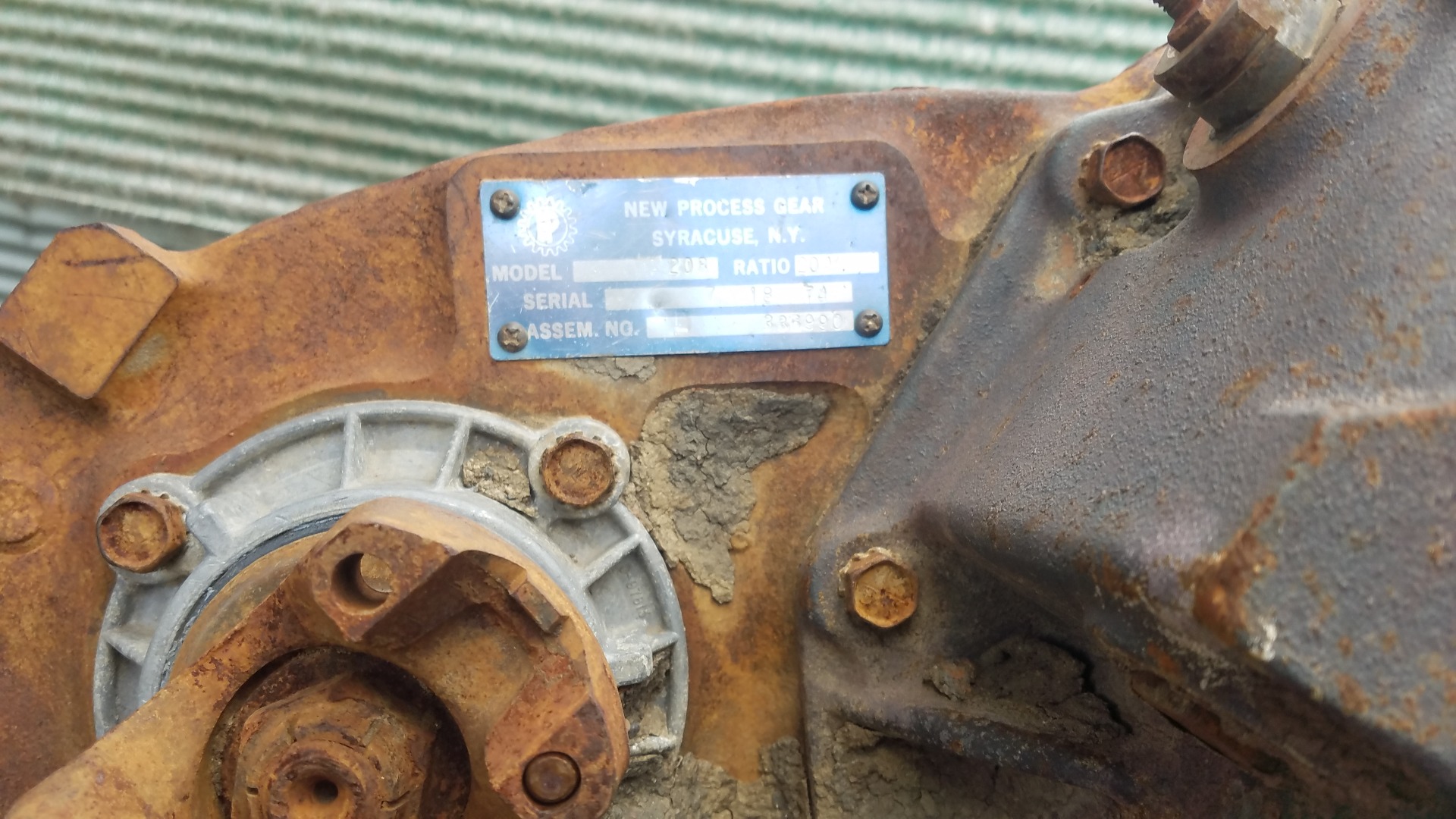 The NP203 were originally a full time 4WD case, meaning all 4 tires receive power at all times. This was made possible through use of a differential in the back of the 203 that let the front and rear driveshafts turn at different speeds as just as a diff in an axle lets each axle shaft turn at a different speed.

For off road use, the 203 had a "lock" position in which the differential was locked making the front and rear outputs spin at the same speed (like a normal part time transfer case).  Shift positions are: High, Lo, High Lock, Low Lock and Neutral.

A popular modification to the 203 was to install a "part time" kit to eliminate the differential and slightly increase fuel economy.  In this configuration the 203 operates like more conventional transfer cases in that it's either in 2WD or 4WD and when in 4WD the power is evenly split from front to rear.

The NP203 is identified by several features:

1. The transfer case is made up of 4 sections bolted together, a range box (the gear reduction we use for the Doubler kit), the chain case which houses the chain drive to the front driveshaft output, the differential housing, and the output housing. The front 2 sections are cast iron, the back 2 sections are typically aluminum.

2. The overall length is about 22-23" from the face of the case to the rear output yoke centerline.

3. The shifter is a somewhat complicated box that actuates the 2 levers on a single shaft on the side of the range box section of the 203.

4. The model tag (if it still exists) will be found on the front of the chain case above the front output shaft. It will list the model number, the manufacture date and the gear ratio.

The input gear on the NP203 used many different spline counts depending on application:

23 spline female: Found behind all transmissions for fullsize '75-'79 Dodge trucks

Each application used a unique adapter as well, there is a different adapter for each transmission.

It is common to adapt NP203's to transmissions that didn't originally have them for use in our 203/205 Doubler systems. 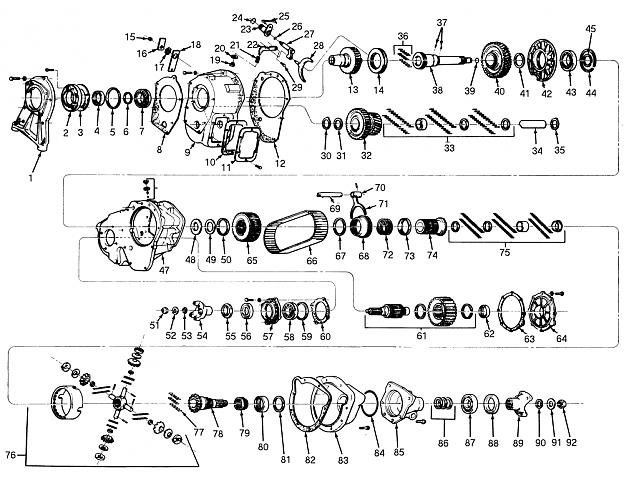 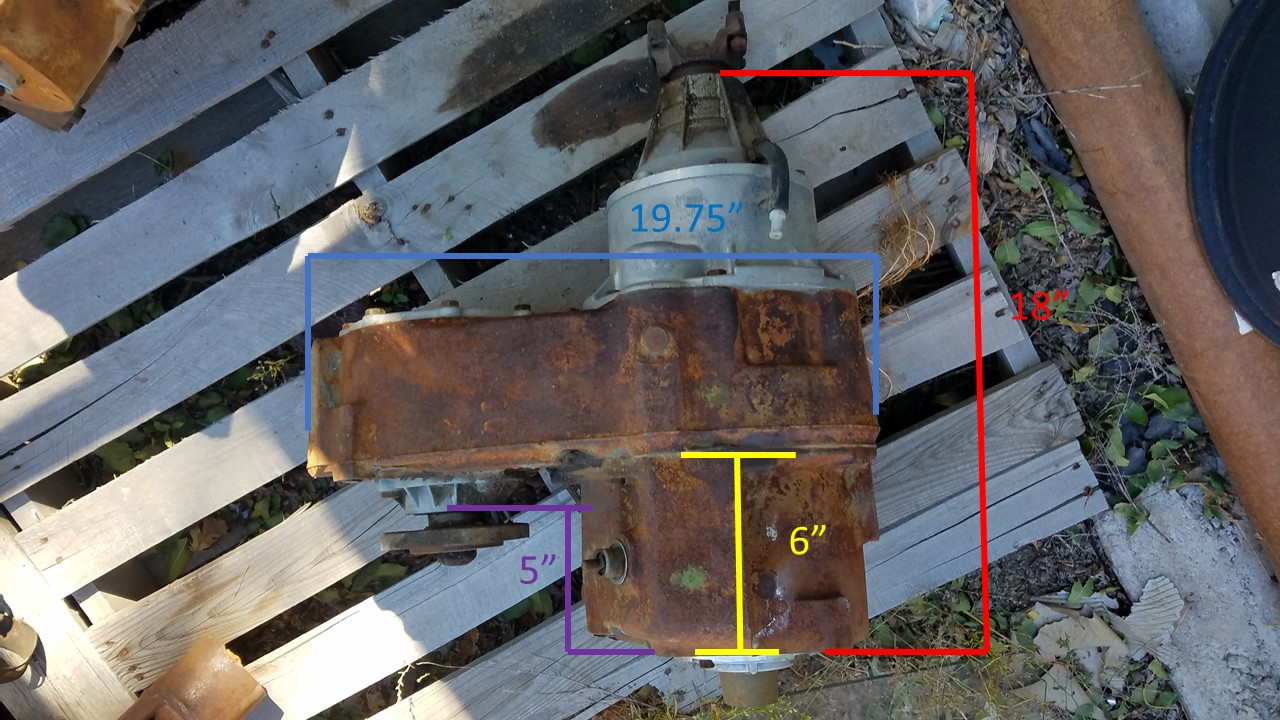