The store will not work correctly in the case when cookies are disabled.
NOTE: Due to product and material shortages we are currently experiencing extended order processing and shipping times.
Skip to the end of the images gallery 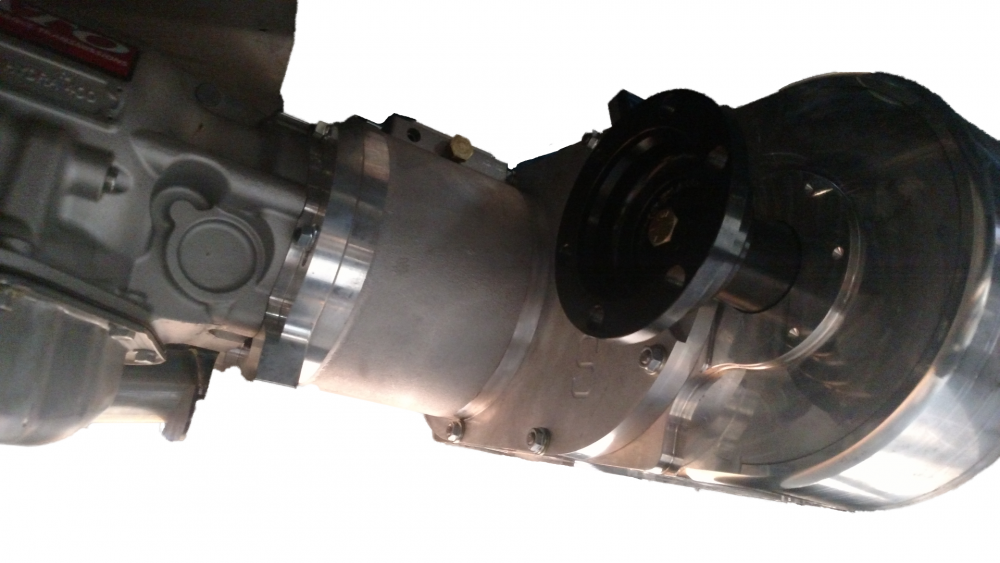 Skip to the beginning of the images gallery

NOTE: 4-6 Week Leadtime. Orders ship in the order they were received.

Add lower gearing to your SCS gearbox with a flip of a lever!

With the Magnums 2.72 gearing you can make your SCS gearbox more versitle.

This version is designed to marry up to a transmission.

Check out the SCS gearbox at: https://www.scsgearbox.com/

The SCS transfer case is a great system but is limited in its gearing range which is just how it works when it only has 1 gear.  Our solution is to put our Magnum gearbox in front of the SCS transfer case so you end up with a shiftable low range which greatly expands the SCS box's capability.  The Magnum's 2.72:1 reduction provides a "crawler" gear so you can gear the SCS to match other requirements like top speed at a specific RPM while still maintaining low speed torque and control.  This is how you handle more technical trails without roasting transmissions.

Another major benefit that's not as obvious is that the Magnum can act as an adapter for the SCS system to a wide variety of transmissions that it normally would not adapt to.  Any transmission we can bolt the Magnum to can now run in front of an SCS transfer case.

This system is clockable on the front face of the Magnum where it bolts to the trans adapter and is also clockable between the planet box and the front of the SCS housing so you have a choice of T-case and shifter rotations.

Last but definitely not least, the ORD-SCS system runs the giant Magnum shaft system between the gearboxes so strength is never an issue.

Available from ORD as just the planet box to work with your existing SCS T-case or as a complete system with the SCS gearbox.